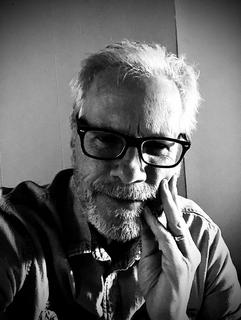 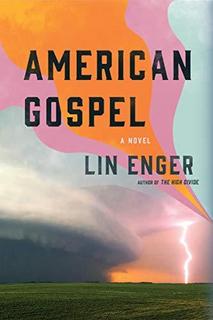 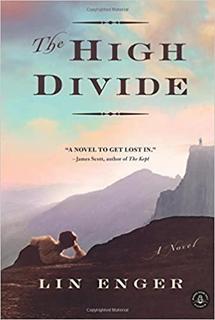 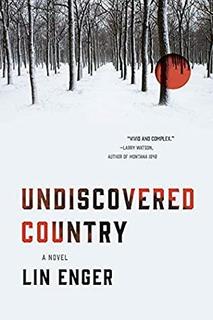 On a small farm beside a lake in Minnesota's north woods an old man is waiting for the Rapture, which God has told him will happen in two weeks, on August 19, 1974. When word gets out, Last Days Ranch becomes ground zero for The End, drawing zealots, curiosity seekers, and reporters—among them the prophet's son, a skeptical New York writer suddenly caught between his overbearing father and the news story of a lifetime. Into the mix comes Melanie Magnus, a glamorous actress who has old allegiances to both father and son. Meanwhile, Nixon's resignation has transfixed the nation.

"No one illuminates father–son relationships better than Lin Enger. He masterfully weaves a deeply moving and unforgettable story about faith, ambition, and the tangled threads that bind family and community. Wise and lyrical, American Gospel kept me spellbound from the first word to the last."

— Ann Weisgarber, author of The Personal History of Rachel DuPree and The Glovemaker

"A tightly constructed novel in which unexpected second chances lead to forgiveness, lost and found families, and enlightenment. American Gospel is tenderly written, expertly plotted, and culminates in an ending for the ages. A wonderful book."

"Lin Enger's American Gospel is a marvel, a novel of suspense featuring an unlikely cast of characters. Long after its exciting climax, the vivid images and provocative themes are sure to linger with readers."

Enger's breathtaking portrait of the vast plains landscape is matched by the rich expanse of his characters' emotional terrain, as pivotal historical events—the bloody turmoil of expansionism, the near total demise of the bison herds, and the subjugation of the Plains Indians—blend seamlessly with the intimate story of a family's sacrifice and devotion.

Praise for THE HIGH DIVIDE:

"[A] masterfully told Western reinvention of Homer's Odyssey . . . set against a backdrop of beauty and danger . . . In its narrative simplicity and emotional directness, it is reminiscent of John Ford's classic The Searchers."

"Enger's novel is told in beautifully exact, liquid language that wastes no time, just as one cannot afford to waste time when making a journey such as the Pope family's. Highly recommended."

"A gripping story with well-portrayed, complex, and sympathetic main characters and a complement of believable secondary figures in a vividly described region nearing the close of an era. Enger is an author worth watching."

In spare, elegant prose, Lin Enger tells the story of a young man trying to hold his family together in a world tipped suddenly upside down. Undiscovered Country is at once a bold reinvention of Hamlet, and a hair-bristling story of betrayal, revenge, and the possibilities of forgiveness.

"Lin Enger's first novel brings the heft of Shakespearean drama to the north woods of Minnesota. In a cleanly-elegant narrative, Enger weaves a winter's tale of betrayal and ghosts, of one son's debt to his father and the wages of vengeance. For the reader, Undiscovered Country is the best kind of discovery-a riveting first novel that's a genuine page turner, and an author whose work bears watching."
—Claire Davis, author of Winter Range

"Lin Enger starts Undiscovered Country with a literal bang and continues to ratchet up the tension. His characters are vivid and complex, and his descriptions of northern Minnesota in winter are astonishing. This retelling of a Shakespearean tragedy is powerful and engrossing."
—Larry Watson, author of The Lives of Edie Pritchard

"[The] combination of gritty realism and poetic landscape portraiture...create a new story of betrayal, adolescent confusion and loyalty."
—Seattle Times

"This modern-day Hamlet comes with a cacophony of ghostly voices and other people's wars."
—Los Angeles Times